Admittedly, we don’t update this area nearly as much as we should – but that’s because we are spending most of our time working on projects for clients.

What teaching my kids about their new accounts taught me 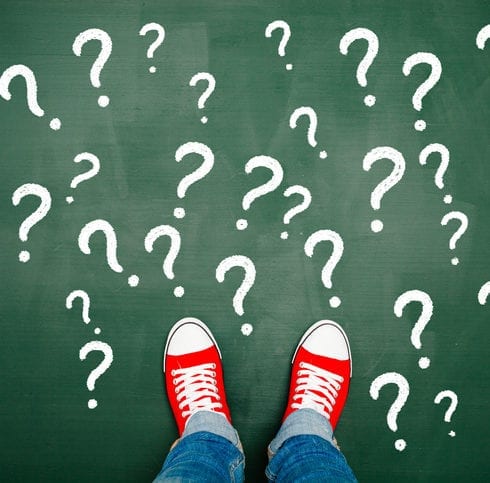 5 minutes after explaining to our 16-year-old son the importance of keeping track of his new debit card, he left for the mall – and left the card on the kitchen counter.

Opening new checking and savings accounts for our children has been an eye-opening experience for me, both as a mother and a bank marketing professional.

Because of their ages, we needed to open the accounts in-person, rather than online. While I had been tempted to complete and mail in the paperwork myself – because, seriously, do you know how hard it is to get both kids in the same place, at the same time, in the mood to open accounts? – I found myself glad I didn’t because they had a lot of questions just about opening their accounts.

What was a ‘Social Security Number’? Their home phone number (we don’t have one)? Occupation? What is the point of a signature, and why is mom’s completely illegible?

Since opening the accounts, questions and confusion have continued, reminding me how much about banking I take for granted.

Take, for example, our son’s new debit card. Issued while we were still in the branch, I was surprised when the banking representative told our son he didn’t have to sign it because “no one does that anymore, and they don’t check anyway.”

Beyond making him sign the card when he got home – because that’s what the field on the back is for people! – I explained, in detail, how the card was connected directly to his money, so should he lose the card, he needed to tell me immediately because there were some protections available.

Other than that, I figured he was good to go because he MUST know how to use a debit card having seen his father and me use it so many, many, many, many times in his life.

Turns out, I was wrong.

Before heading out for dinner with his girlfriend, our son peppered me with questions. Did he need a code? Does the cashier need a code? Was I sure it was going to really work?? What if it didn’t work? (I refrained from telling him they’d put him to work washing dishes.)

Coming home from dinner, he told me with wonder how he was able to use his card at the McDonald’s drive-thru without any problem. No questions. No code. No signature.

Which triggered more questions. If he used the card “in person” did he stick the card in the machine or scan it? Did he have a code (turns out he doesn’t know the term PIN)?

I anticipated getting the kids up and running with new bank accounts would be an important step towards adulthood and independence. What I didn’t expect was how it would force me to take a step back and evaluate how we talk to new customers.

Consider our use of the term “credit.”

While we received his card right away, his “code” won’t arrive for a few days, which probably makes sense operationally, but also caused difficulties because he can’t use an ATM machine or make PIN-based transactions. Having thoroughly explained the differences between debit and credit cards, I threw him for a loop when telling him he could select “credit” to avoid putting in his code.

Nothing like telling a 16-year-old how PIN and signature-based transactions are processed differently to make you realize something is broken.

We use jargon and acronyms we take for granted people will understand (both kids were astounded to find PIN means Personal Identification Number).

We use terms such as “credit” to mean different things and expect customers to keep up.

Contradictions abound. We provide tools to restrict how the card can be used and good reasons why cards shouldn’t be used online, but we also tell customers they don’t have to sign their card. And, in fact, many places won’t ask for a signature or code at all.

And when we do provide educational resources – our financial institution uses the Everfi platform – we often force visitors to complete surveys or provide other personal information, threatening to distract or disenfranchise them before getting to the information they need.

As we continue our family’s financial journey, I look forward to experiencing banking with “fresh eyes” and a new perspective.

We're ready to put ideas into action for your business.

Sundin Marketing is a Woman Business Enterprise (WBE) as certified by the Commonwealth of Massachusetts.

Manage Cookie Consent
To provide the best experiences, we use technologies like cookies to store and/or access device information. Consenting to these technologies will allow us to process data such as browsing behavior or unique IDs on this site. Not consenting or withdrawing consent, may adversely affect certain features and functions.
Manage options Manage services Manage vendors Read more about these purposes
View preferences
{title} {title} {title}