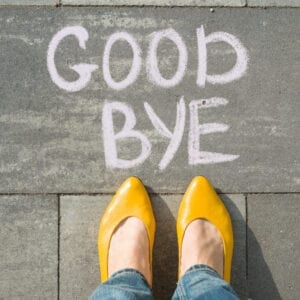 Once upon a time, a client received complaints from customers about the paper in their new receipt printers. It was too flimsy.

Considering the options for replacing the paper, I was struck by how invested a customer must be to complain about something as mundane as receipt paper. I have received some receipts I’ve been unhappy with, mostly because 3-feet of paper to document a small purchase seems excessive, but any ideas about lodging a complaint has left my head before I’ve left the building.

Through a series of recent conversations, I’ve had the opportunity to consider complaints.  Specifically, the idea, often presented by the person receiving the complaint, that everything is okay because “no one has ever complained.”

The implication being that the concerns expressed are not valid because the recipient hasn’t heard them before. And, by extension, they are not worth responding to.

It’s easy to assume that, when it comes to complaints, no news is good news. But, upon further reflection, I have to wonder – is a lack of complaints a sign that everyone is satisfied? Or is it just a case of “ignorance is bliss.”

According to many experts, 96 percent of customers don’t bother to complain to the business, and 91 percent never come back.

If, given the growing list of places we can air our opinions – Facebook, Twitter, Google My Business, Yelp – are seemingly making it easier than ever to complain, why do we see people staying silent?

Because lodging a complaint takes effort. It takes time. And, it may lead to further conversations the customer may not care to have. Let’s face it, I could easily complain on Twitter or Facebook about my 3-foot receipt from my local pharmacy, but with four other chains IN TOWN, why should I bother? I can just go somewhere else.

Complaints, in fact, show a certain commitment by customers or members to remain engaged with an organization. People don’t complain just to air their grievances (although sometimes that is a factor), they are looking for help.

And, how we respond to complaints, can translate to improved customer loyalty. According to one source “94 percent of customers who were able to resolve issues painlessly said they would purchase again from that company.” And resolving an issue doesn’t necessarily mean giving some compensation – in fact, according to The Nottingham School of Economics “unhappy customers are more willing to forgive a company that offers an apology as opposed to being compensated.”

It’s easy to get your back up when receiving a complaint. But before you blow it off as “one rogue opinion,” consider instead being grateful they decided to tell you, and not someone else (because, it turns out, “dissatisfied customers will tell between nine to 15 people about their experience — and about 13 percent of dissatisfied customers tell more than 20 people about their poor experience, according to the White House Office of Consumer Affairs.”)