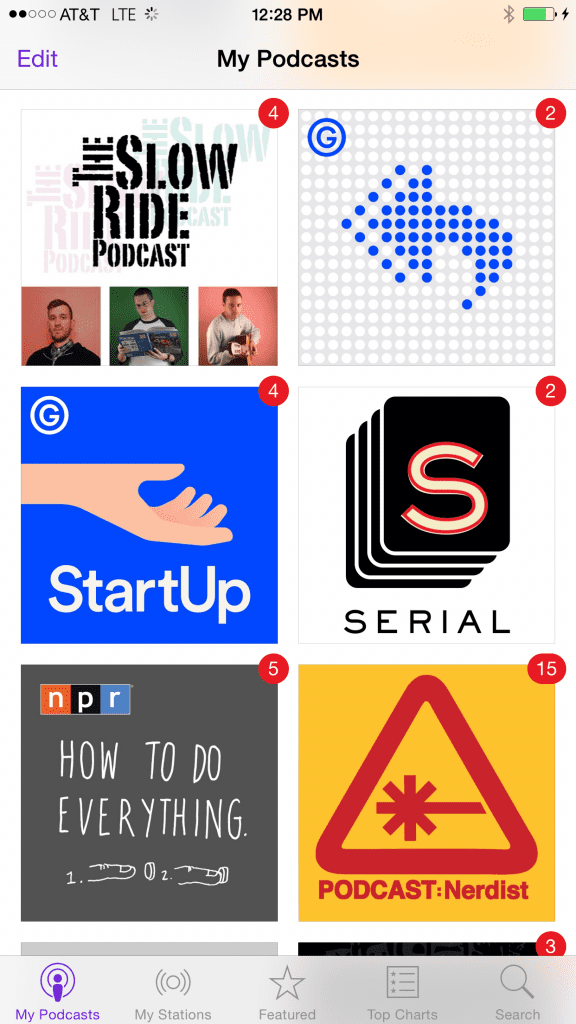 While I may no longer be creating new podcasts (having hung up my Manic Mommies microphone at the end of 2014), I am still an active podcast listener. In fact, during the week podcasts make up the bulk of my media consumption, with episodes running nearly the entire day while I work. (Don’t ask me if I “hear” them – I often have to listen to an episode 2 or 3 times).

I listen to mainstream content – This American Life, Serial, Reply All, Start up, How to Do Everything, Planet Money & Freakonomics – but my favorite shows are created by pro-amateurs (people creating great content who may or may not be making money at it). Shows that top my list include The Bitterest Pill; Current Geek; Film Sack; The Slow Ride Podcast and Another Mother Runner.

And while there are many other podcasts I would love to listen to regularly, it turns out good content and compelling stories are not enough to keep me subscribed if the sound quality is bad.

Several shows with potential are rendered nearly un-listenable because of how they are recorded. The biggest sin? Recordings that are done through the internet, but sound like the hosts are speaking in a tin can through wrapping paper.

Recording a podcast on a regular basis requires a huge commitment of time and effort – so it kills me to see those resources squandered because of something that is fairly simple to resolve, and it doesn’t have to cost a lot of money.

So what can you?

Start with a better mic. There have been many microphones through Manic Mommies history, but my last, favorite (and still sitting on my desk for when I’m asked to guest podcast . . . . hint, hint) is the Samson Meteor Mic. Small and portable, it connects to your laptop or tablet, and (currently) costs $69.99 on Amazon. 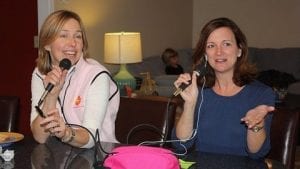 Get close. Then get closer. The microphone won’t bite – and a good microphone is designed to help filter out ambient noise, which means you need to get nice and close when speaking.

Monitor your sound. Random static or “hums” running through a recording would make me crazy, both as a listener and as a producer. Better to catch and resolve the sound issues as they happen then to try to clean them up later.

Check your levels. With multiple hosts volume can be a challenge. Try to manage the levels when recording, then use a program like Levelator to normalize things.

For years, Erin and I recorded Manic Mommies from geographically diverse locations. While we spoke through iChat, we recorded our sides of the conversation locally (first on a Tascam handheld recorder, and more recently on our computers). I would then bring together the two sides of the conversation in GarageBand, creating the final file which sounded like we were in the same room.