How not to say Congrats on LinkedIn

On April 1st of this year I marked a major milestone – my 20th year at Sundin Associates.

April is actually a big month for me career-wise as it is also the month my husband started his bicycle business, and I became his marketing manager and not-so-silent partner.

As Facebook does with birthdays, LinkedIn does with work anniversaries, notifying my network of these milestones and encouraging them to send me congratulations.

But this year, I noticed something peculiar about the greetings – they were all the same. 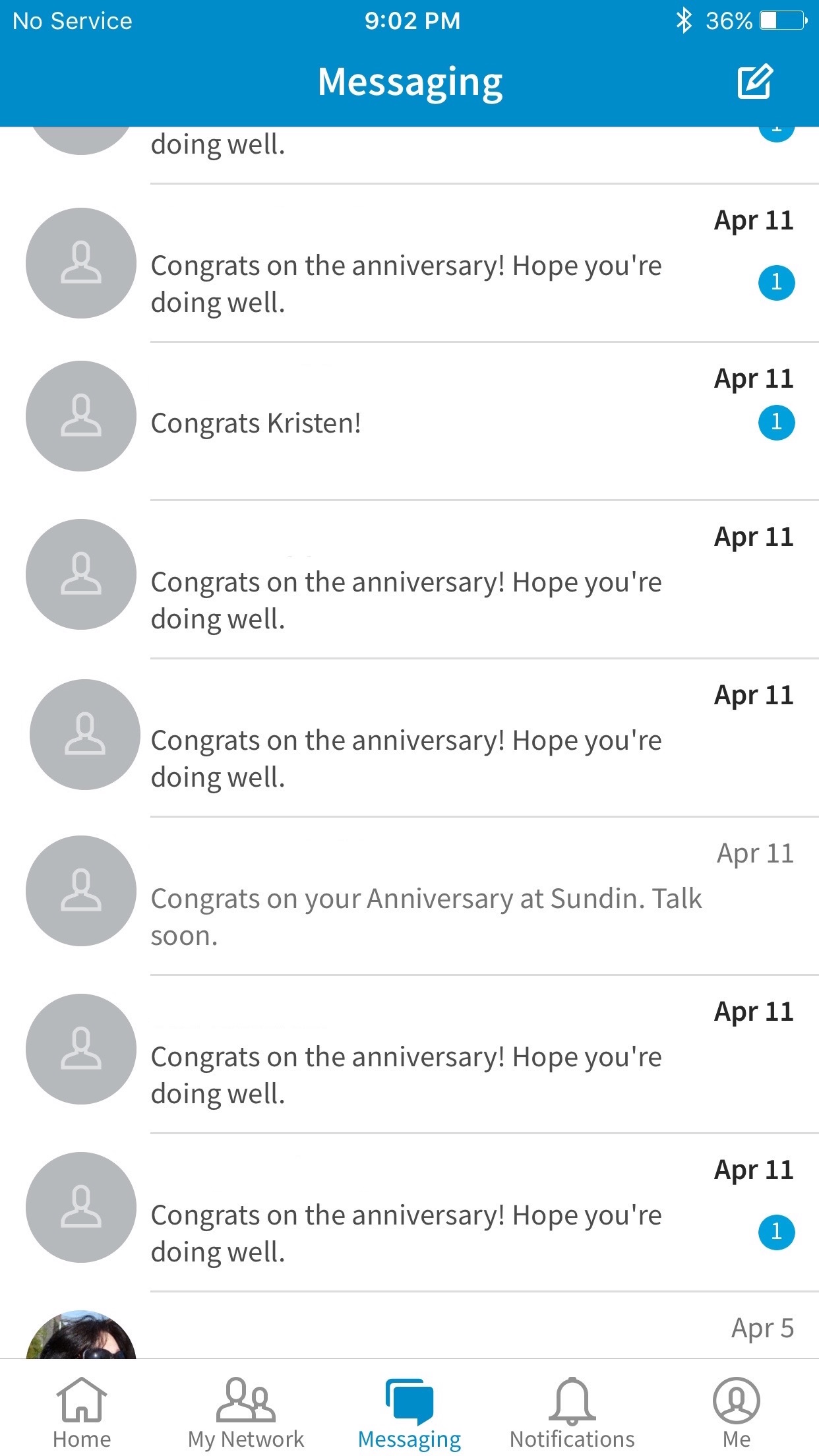 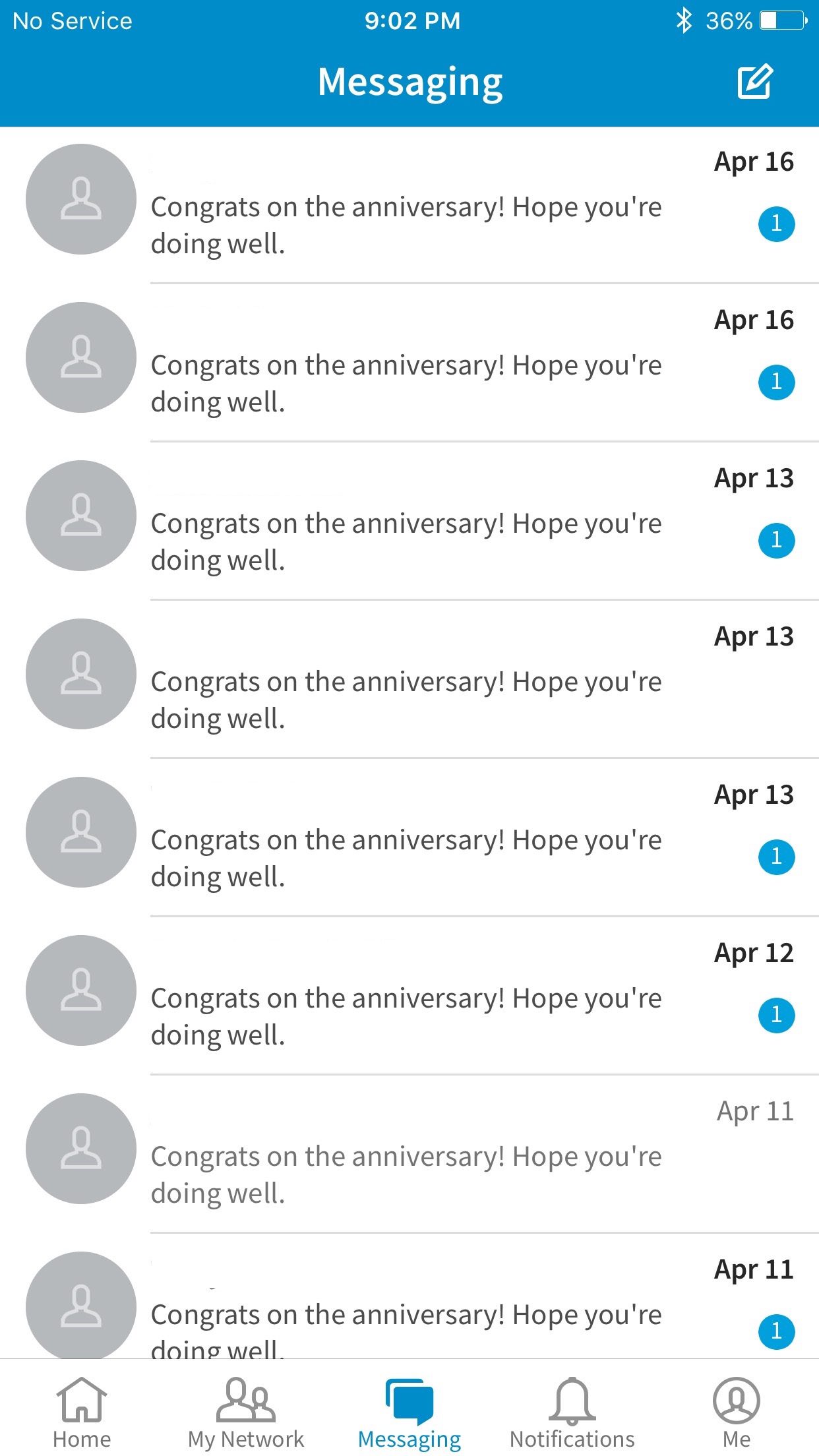 Digging in, I saw what was happening. LinkedIn, following it’s normal pattern of providing canned messages for networking requests, was prompting people to “Say congrats” and then auto filling with the message: “Congrats on the anniversary! Hope you’re doing well.” 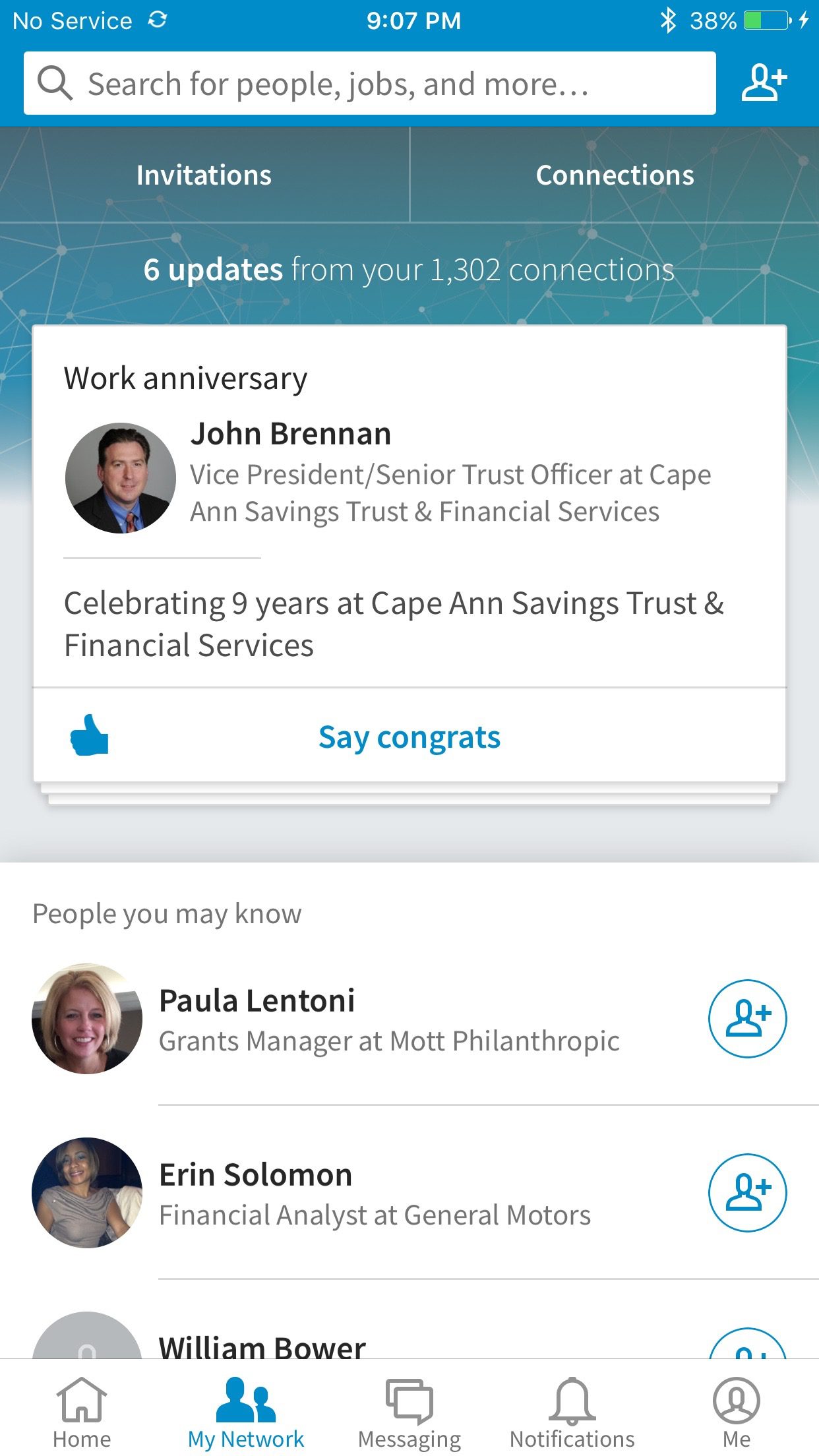 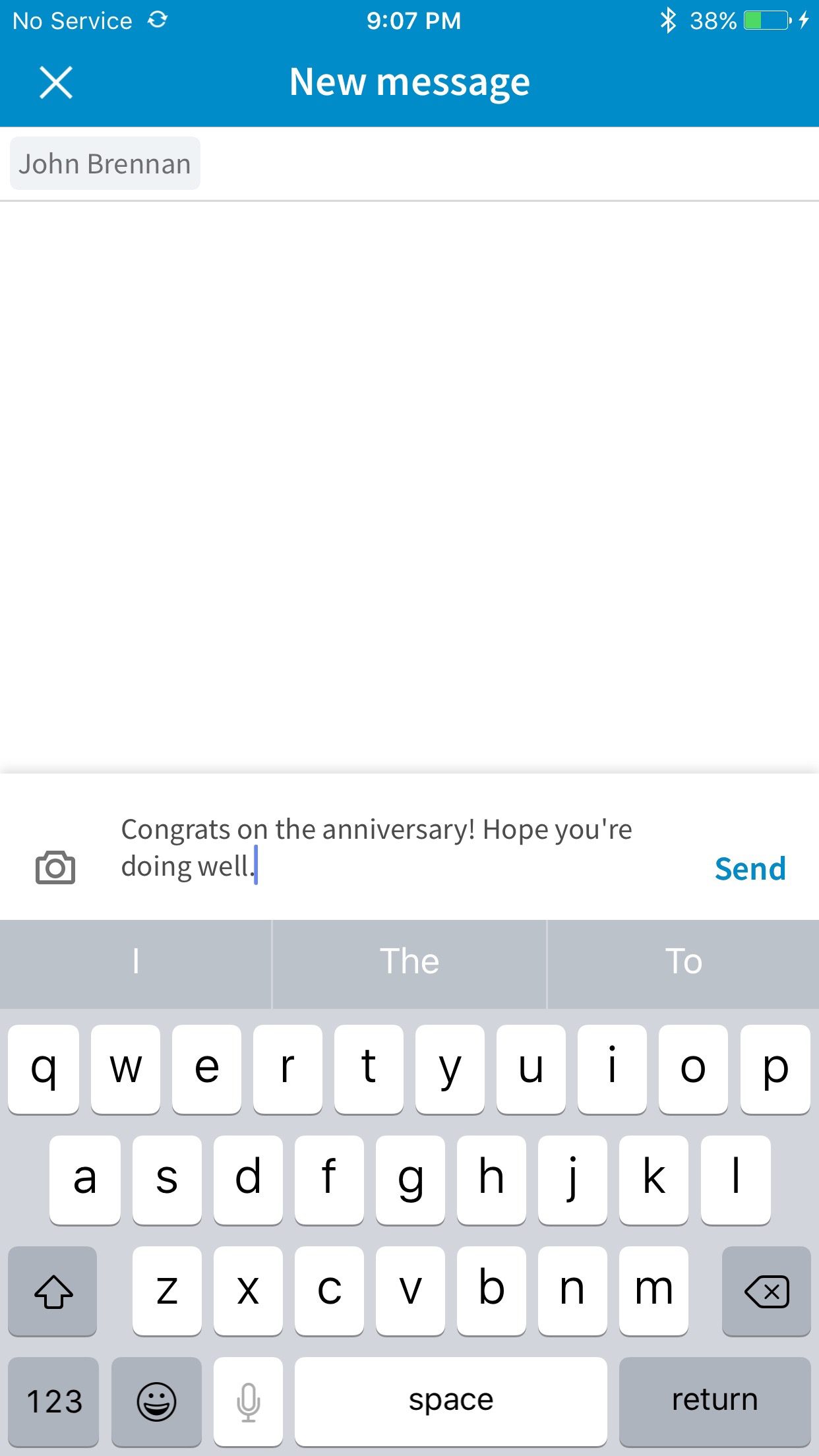 The problem is, very rarely were people taking the time to customize the message – and at the risk of sounding ungrateful, each greeting I received created a stream of thoughtlessness that achieved the exact opposite of what was intended.

As you can see in the examples above, it doesn’t take much to change an anonymous greeting to something more personal. I didn’t even mind someone spelling my name wrong – at least they tried!

Offering congratulations is good – but if you aren’t going to give a little time to add your personal flair, do yourself a favor and just give the news a “thumbs up.”