Gold & Silver are two of our favorite colors

We are pleased to announced that two enterprises affiliated with our agency have captured a total of four awards in the 2012 international W3 Awards competition.

Married to our own Kristin Brandt, owner Steve Brandt is a licensed USA Cycling mechanic bringing bicycle services including repair, maintenance, assembly and custom bicycles to homes and businesses in eastern Massachusetts. 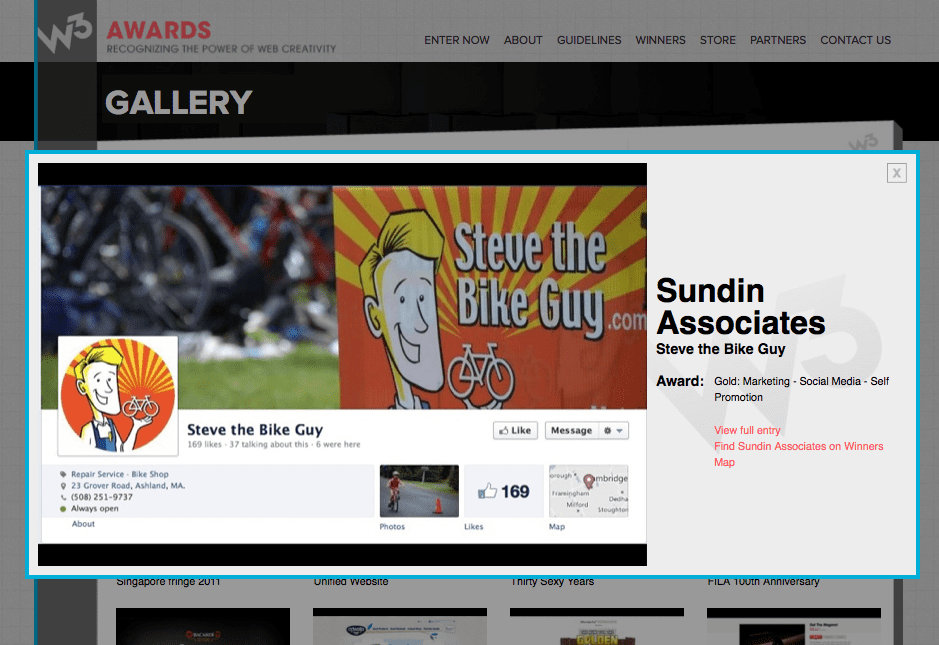 Co-founded in 2005 by Kristin and her former neighbor Erin Kane, Manic Mommies is a community for moms (and dads) managing the chaotic combination of work and family. Followers benefit from the co-founders’ personal experiences as well as advice from experts on the topics of work/life balance and more.

Manic Mommies includes a bi-weekly podcast and an annual Escape weekend at various destinations around the country.